In honor of Presidents’ Day, I created this informative President packet of writing prompts for your children to learn about various Presidents of the United States of America. 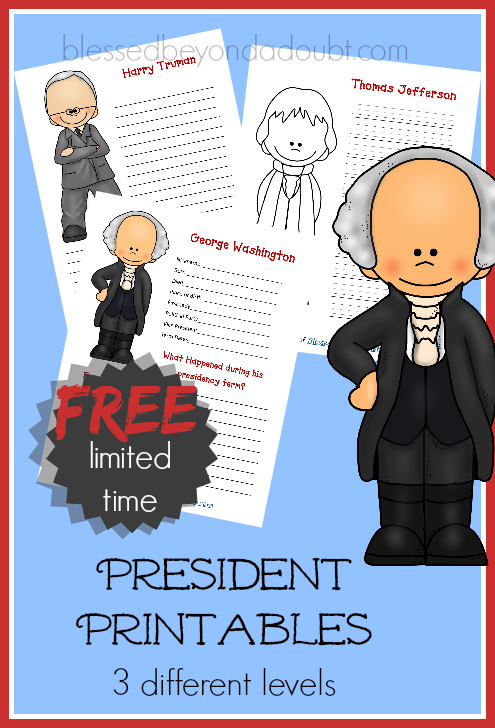 A Brief History on Presidents’ Day

While reading about the history of Presidents’ Day, I found these interesting tidbits about the holiday:

The attached free printables include writing prompts on many of our great Commanders in Chief, including:

I originally created these wiring prompts as a way for my children to learn about the history of our Presidents. As my children were at varying levels of learning, I made writing prompts for three different levels of education, from kindergarten through 3rd grade. However, this activity can be used with students through middle school.

The initial set of pages (one page per President), has your students research specific information about the given President. Your child will learn the following:

This packet of writing prompts can even be used in the classroom during the month of February leading up to Presidents’ Day. So be sure to include it in your bundle of resources and add it to your lesson plans.

Here are a few more printables for your children to enjoy:

I created these printables for my email subscribers. Please fill in the form below, and you will receive the Presidents’ Day printables via email.

I hope your kiddos enjoy these President printables as much as mine did!

Thank you for subscribing to Blessed Beyond a Doubt and pinning this featured printabl1e for others to enjoy.