Have you ever made homemade play dough with a special scent?

I have six children, and I have never made anything but ordinary play dough – and that only once!

Today, we set that blight on my Mommy record aside. I made not one, not two, but three batches of Pumpkin Pie Play Dough using variations on the recipe in this post. I’m not sure why I’ve never done this before — it was so easy!

Read How To Make Play Dough; Tips, Tricks and Recipes Galore if you need help!

Just because I’m wired that way, we had to make it into a mini-Science experiment.  We made the first recipe with a bit of added Vanilla 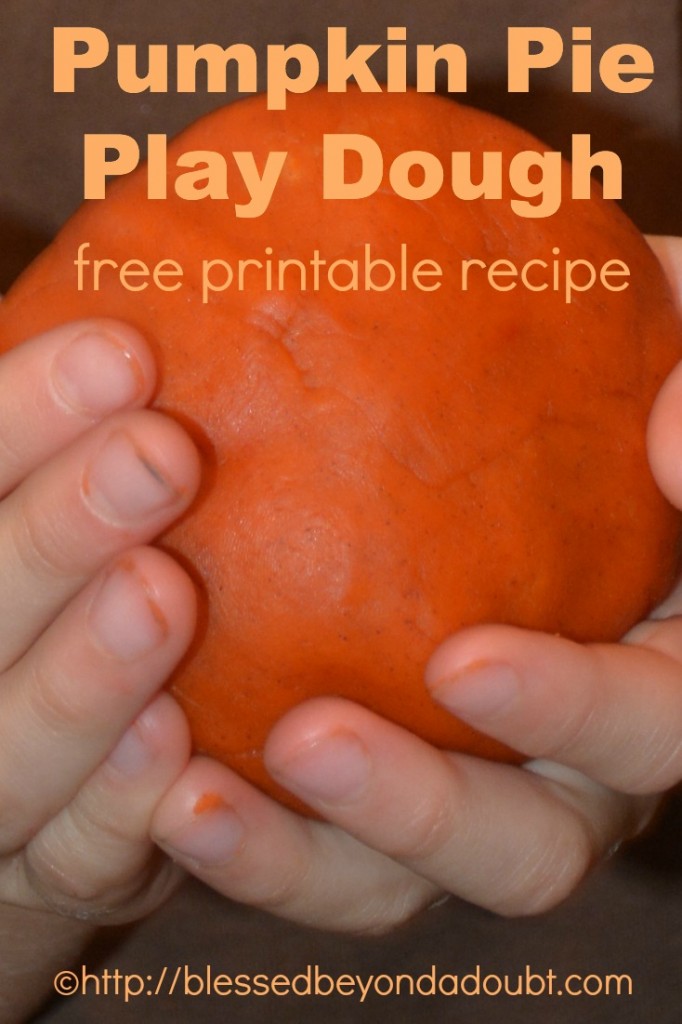 Oh, and by the way, I let each of my three boys do almost all the stirring and dumping for this recipe. If you haven’t ever let your children cook with you — take the plunge with this simple recipe. I would measure the ingredient, hold it over the pan, and let them dump it in. They were also in charge of stirring until the very end when the mixture gets too thick for little hands.

2 Tablespoons of Cream of Tarter

or easily make your own

Add the dry ingredients first, stirring them over medium heat until combined. Add the remaining ingredients and continue stirring over medium heat until the mixture forms a ball. Remove from heat. Allow to cool for a few minutes. Spend some time kneading the play dough until a consistent color is reached.  Now it’s ready to be played with! (I confess, the kids did the kneading part. They thought they had already started playing!)

Be sure to print the fun pumpkin patch playdough mats to go along with your pumpkin pie play dough.