It happens to just about every kid at some point – back talking. The sassy and negative replies can sneak up on a parent, but you can stop the back talking with these 4 techniques to end rude responses. 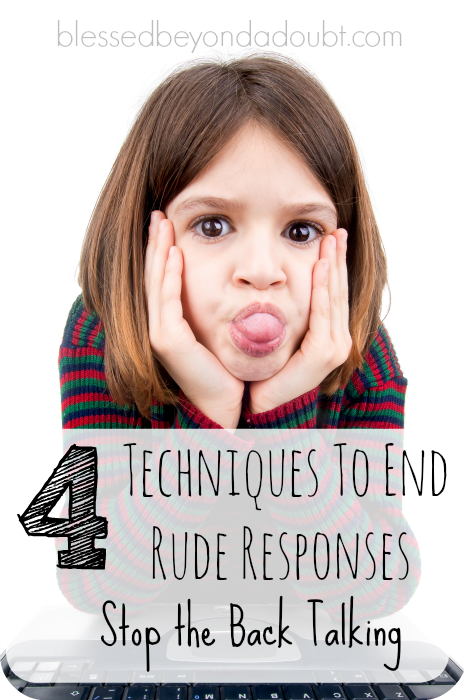 Quickly defuse the situation and end the bad habit with method that works for you and your family on comfortable and effective level.

Finding the technique to stop back talking and end rude responses might be a series of trial and error.